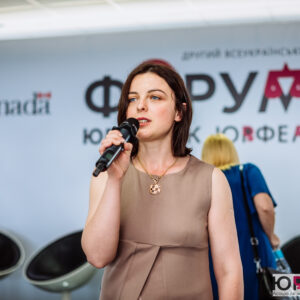 Hrystyna was born on July 30, 1988. She lives in Lviv. In 2010, Hrystyna completed her studies at the Ivan Franko National University of Lviv, Faculty of Law.

In 2014-2016, Hrystyna was teaching administrative and financial law at the Ivan Franko National University of Lviv, Faculty of Law.
For more than ten years, Hrystyna has been working on women’s rights protection. In 2008-2018 she was working as a lawyer at the NGO “Center “Women’s Prospects”.

In 2017, she was one of the initiators and co-founder of the Association of Women’s Lawyers of Ukraine “JurFem”, which is now headed by her. Hrystyna is co-author of a distance course for lawyers entitled “Legal Aid for Victims of Domestic Violence”, Guidelines for Advocates for the Identification of Gender Discrimination and Assistance to Victims.

Graduated from the Law Faculty of the National University of Taras Shevchenko (1995).

Honored by the Supreme Court of Ukraine “For Faithfulness to the Law”.

Writer The author of the prose for adults and children. In particular, “Corporation of idiots”, “Echo“, “New old woman”; “Maya and her mothers”, “I and the Constitution”, etc. For several consecutive years, it is among the twenty best writers and hundred of people of the culture of the “New Time” magazine`s list. 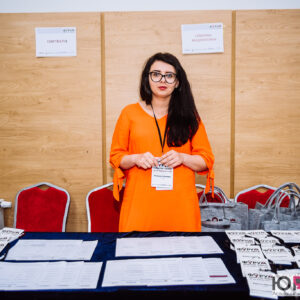 lawyer, a JurFem board member, a Ph.D. student in Law at the Ivan Franko National University of Lviv, Head of Analytical Center JurFem

Kateryna Shunevych is a lawyer, a JurFem board member, Ph.D. student in Law at the Ivan Franko National University of Lviv.

Kateryna Shunevych completed her Master’s degree at the Law Faculty of the Ivan Franko National University of Lviv in 2019. Previously, she was a participant of the First Summer School JurFem. She studied at the University of Bologna (2018) as the participant of the program “Erasmus+”. Has the experience of working as a legal advisor. Also, she finished her internship at Lviv City Council and the Verkhovna Rada of Ukraine, etc as a part of the professional development. 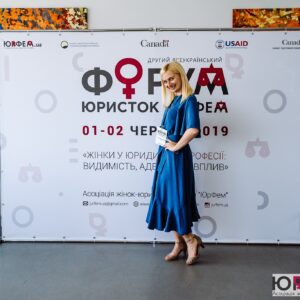 Natalia started her career in the student years, as an assistant deputy of the Lviv City Council. Numerous political events and election headquarters became the impetus for studying all the details of the organizer’s work. Later she became the head of the personnel department of one of the largest real estate companies in Lviv. The formation of corporate culture, recruitment, and adaptation of staff, the opening of new departments of the company allowed mastering the areas of HR and Event management.

She was a participant in training programs from the National Democratic Institute (election coach) and the Institute of Political Education (event manager of training for local council deputies). International projects such as: “Wieliszew – 1” Warsaw, Poland; Intergenerational solidarity Rēzekne, Latvia; and Jordan Youth Innovation Amman, Jordan have set high standards in the organization and conduct of events.

More than 10 years of experience in organizing events, from corporate events to political events, from business seminars to large-scale conferences and forums. 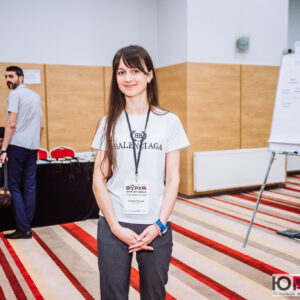 internship of "JurFem", a student in Law at the Ivan Franko National University of Lviv

In 2016 she graduated from Skole boarding school and in the same year, she entered the Law Faculty of the Ivan Franko National University of Lviv.

In 2017, she did an internship at the Center for Free Legal Aid.

From 2019 to the present – intern in “JurFem”. Works in the team of the Analytical Center “JurFem”.

During 2016-2020 she participated in I and II JurFem Summer Schools, All-Ukrainian School of Legal Writing, I Summer School “Ukraine’s Way to the EU”, scientific conference “Prospective areas of scientific thought” 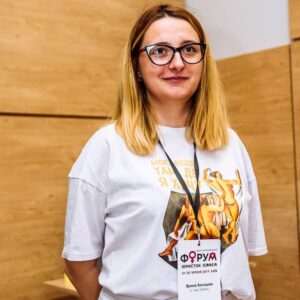 Yaryna completed her Master’s degree in History at the Ukrainian Catholic University (Lviv). She researched the history of women’s and feminist movements.

During 2015-2019 she managed cultural and social projects in various public organizations. In 2018 she worked in the family policy section of the Department of Social Protection of the Lviv Regional State Administration.

Since 2019 she has been working as a project and communications manager at the Ukrainian Women Lawyers Association “JurFem”.